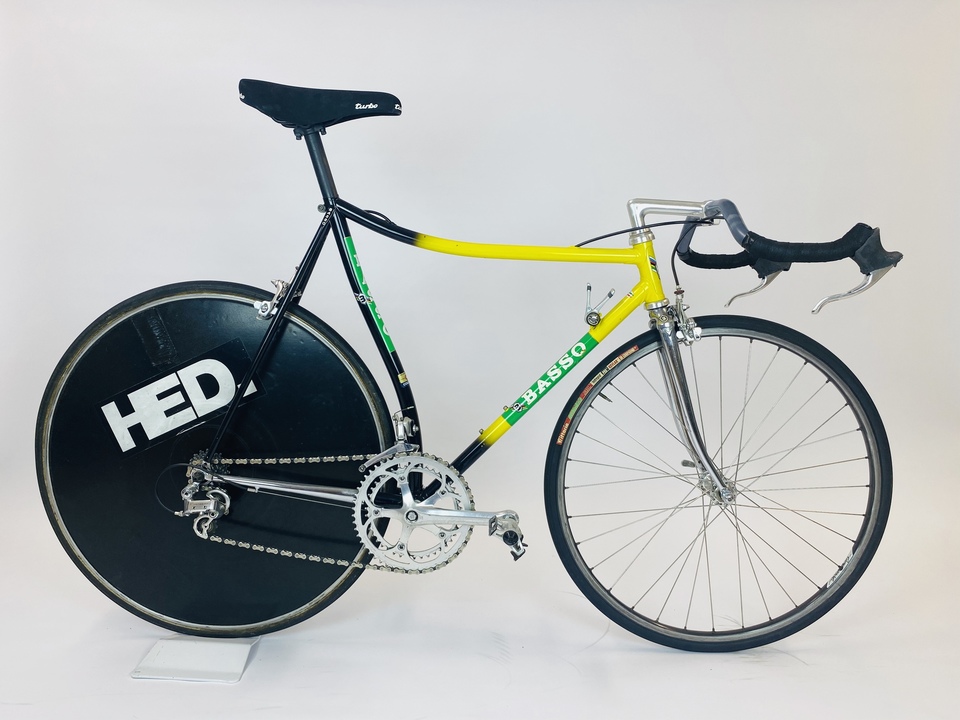 1990 Basso Pursuit.
This Bike was purchased by Garry Buys (Pedal Pushers Palmerston North) off Garry Bell, who was at the time a rep for Ten Speed Drive, out of the USA.
It was to sponsor local rider and NZ junior rep, Andrew Burnett , but Andrew took sick very soon after, and effectively gave up cycling. The bike sat in his parents shed, until purchased and put back on the road in Wellington. I purchased it in 'as used' condition from that owner.
The bike features a Columbus frame, Suntour Superbe Pro components, a Hed rear disc wheel, and a suede Selle Italia Turbo saddle.