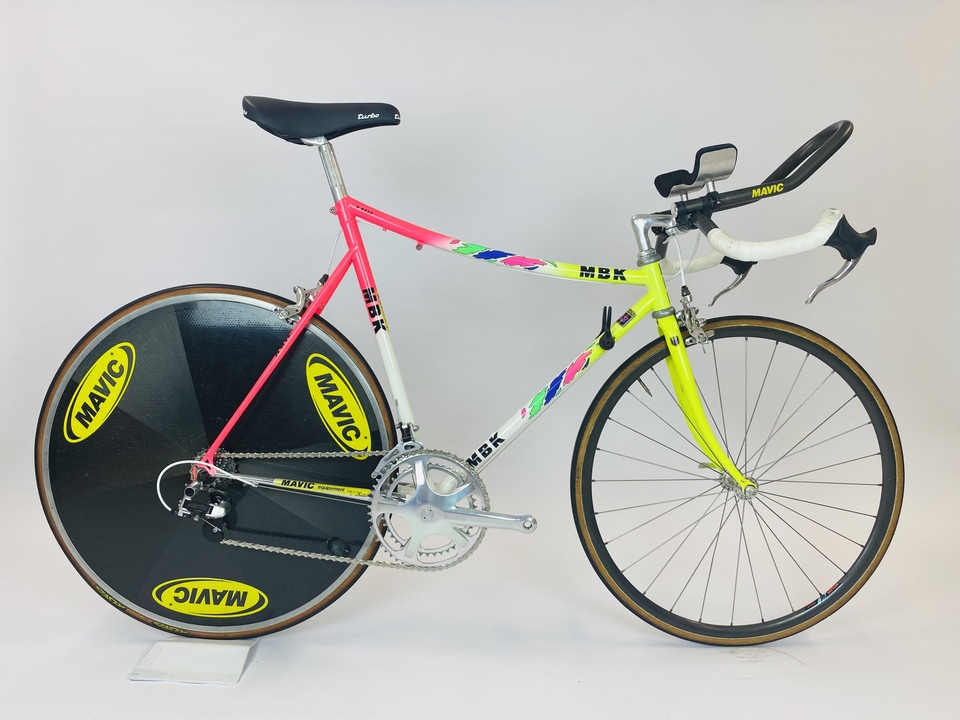 This was a professional team bike, part of the Lotto Superclub outfit. The Bike was ridden by Peter Roes, who spent his whole career riding for this team. The Bike was ridden by Peter in the 1990 Tour de France, which was won by Greg Lemond, who defended his 1989 title.
The bike is built with Reynolds 653 Tubing. Interestingly for 1991 MBK built the bikes with Columbus tubing.
The bike has been built using Mavic componentry throughout, as raced by Peter in the tour, including, Mavic Comete +/- Rear disc wheel, Mavic bull horn handlebars, Mavic 357 aero bar extensions, and a Selle Italia Turbo saddle. There is also a leather 'hairnet' helmet and Team jersey of Peters on display with the bike.