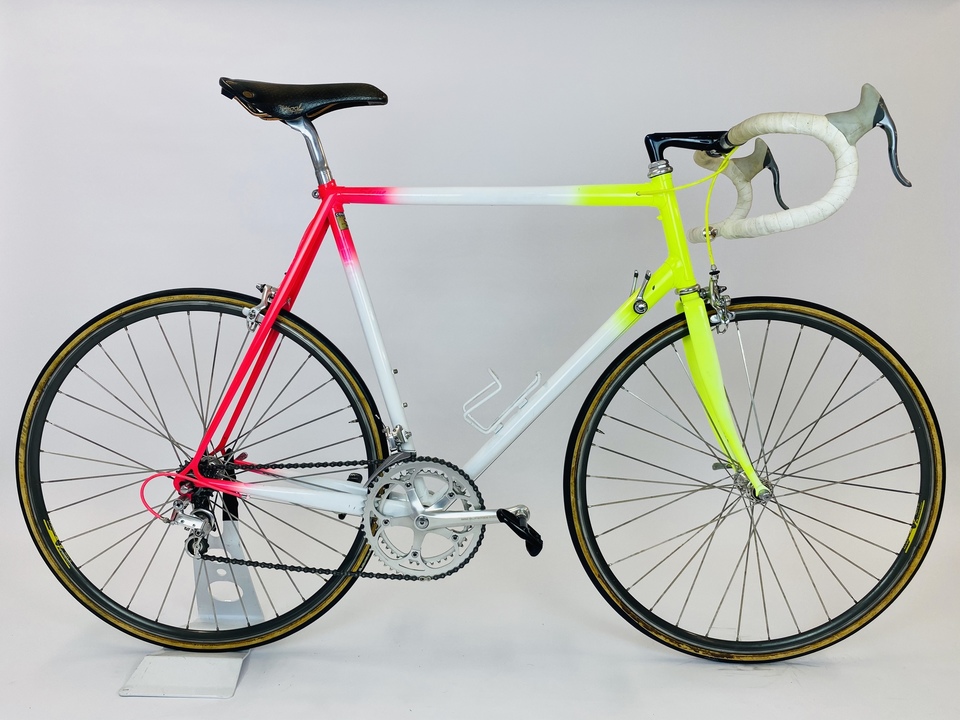 This bike was built for me in 1990. World rider (Cycle Makers Group) had a range of production '10 speeds' and mountain bikes, but decided they would also move into building custom bicycles. New Zealands most recognised framed builder, Eddie Bosomworth had sold his frame building business, and was employed by CMG to set up production of the custom built bikes. At the time I was a racer, and worked at Mitchell Cycles in New Plymouth. I did an in store bike fit, and this bike was produce by Eddie, for me. It consists of Columbus Max tubing, and is fitted with Suntour Superbe Pro components, and Wolber Profil 20 wheels, with bladed (aero) spokes. The tubular tyres on the bike are the same ones I last raced on in 1993.