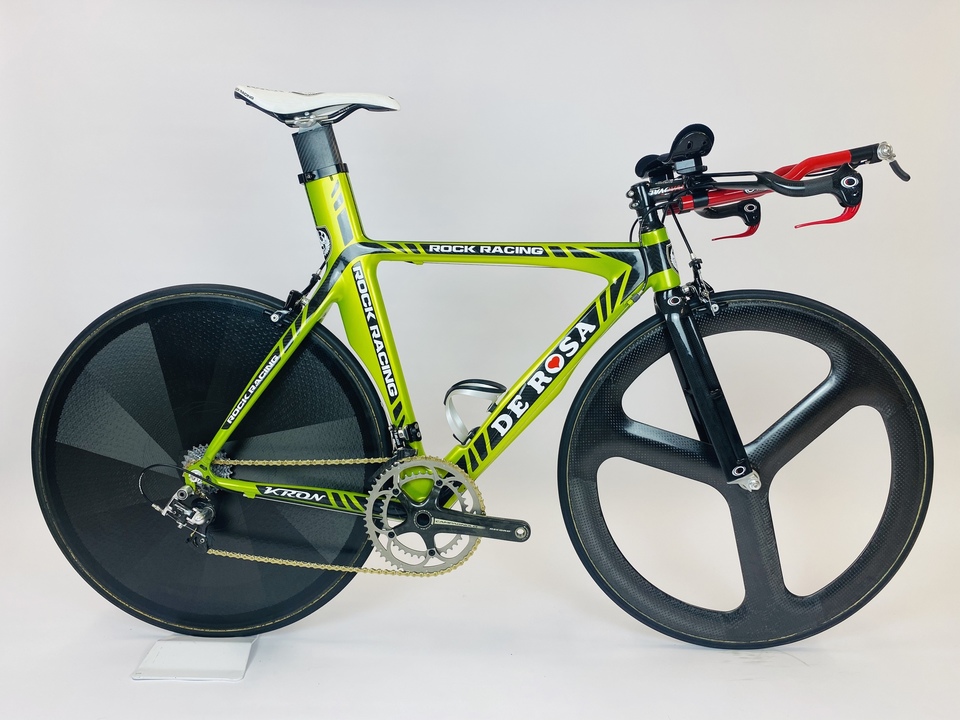 In 2007 a controversial team was started in the USA. Michael Ball, the owner of Rock and Republic Jeans, filled his Pro cycling team with some of the top riders at the time, the main problem being, quite a number of them had served drug bans. The team received a very hard time from media and fans alike for this fact. Of course, we now know (we knew at the time if we are really honest) that the majority of the peloton was cheating at that time anyway.

The team did nothing in half measures. From the brightly coloured bikes, to the team buses and cars, and most of all, team kit that changed almost with every race, you either lived, or hated them.
On the 1st and 2nd of May, 2010, Rock Racing had a massive sale, selling off all of their equipment, including frames, components, clothing etc. This frame was purchased from that sale, and was the 'spare' bike, having spent most of the time on top of the team car, and having covered only a handful of kilometre.
The bike is built as raced, including Campagnolo Record components, Zipp rear disc wheel, Hed tri spoke front wheel, Oval Concepts forks, handlebar stem, handlebars and aero bars, and a Rock Racing saddle.