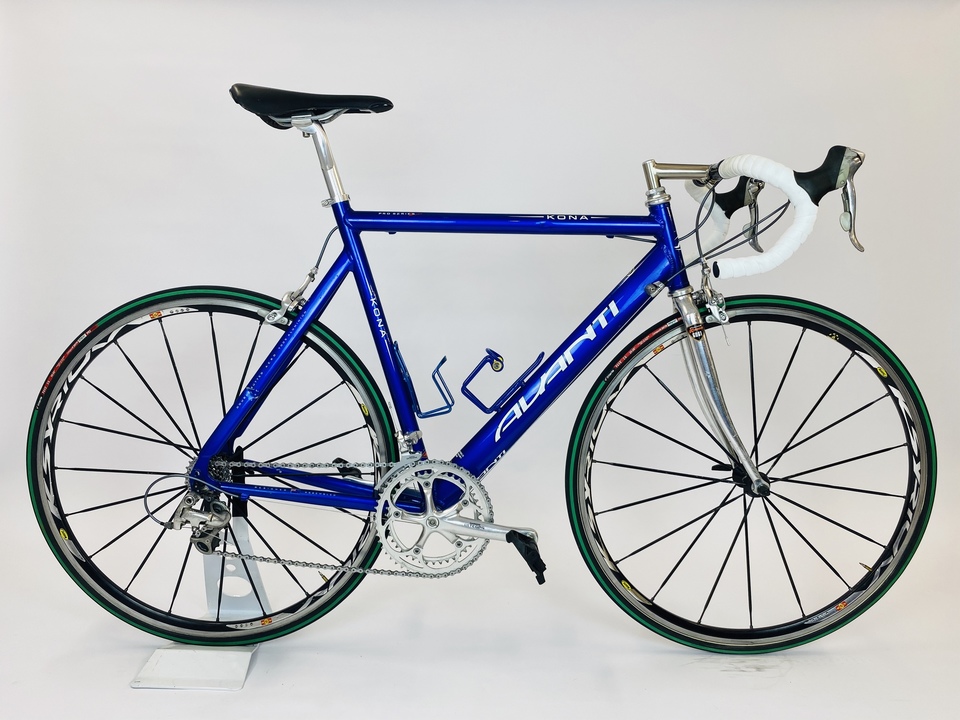 This is the bike that Jeremy Yates won the world Road Cycling Championship on, in Plouay, France in 2000 (Junior men).
To this date, it is still the only world championship win for New Zealand.
Jeremy was sponsored the frame, by Robert Oliver, of the Hub Cycle Centre in Hastings, and Jeremys Mum ran raffles, bbq's and the like to raise enough money for the Shimano Ultegra groupset. Before leaving for Europe and the World Champs, Jeremy raced the bike in a local event, and before the start, bunny hopped up onto the grass verge. The grass, however, was wet, the front wheel dug in, and Jeremy fell over, damaging the right hand seat stay. It is a signifigant dent, but with no way of getting a new frame, Jeremy went away with a damaged bike. The night before the world champs, the team rode the course, and Jeremy decided he needed a 44 tooth chainring, which would allow him to attack the final hill. With the restrictions to gearing in Junior Racing, he would need a 14 tooth sprocket to be the smallest on the rear. With no lock ring available for a 14, he had the team mechanic file the teeth off a 12 tooth sprocket, and used this as the lock ring. With another spacer before the 14 sprocket. As it turned out Jeremy did indeed attack on the final hill, and went on to win the sprint, amd with it, the World Championship. The bike has been fitted out with some of the original Shimano Ultegra components, original stem and saddle, and the sprockets filed the same as they were in the race. The Wheels were taken off brother Matt's bike for the race, as Jeremys wheels had given up before the champs.