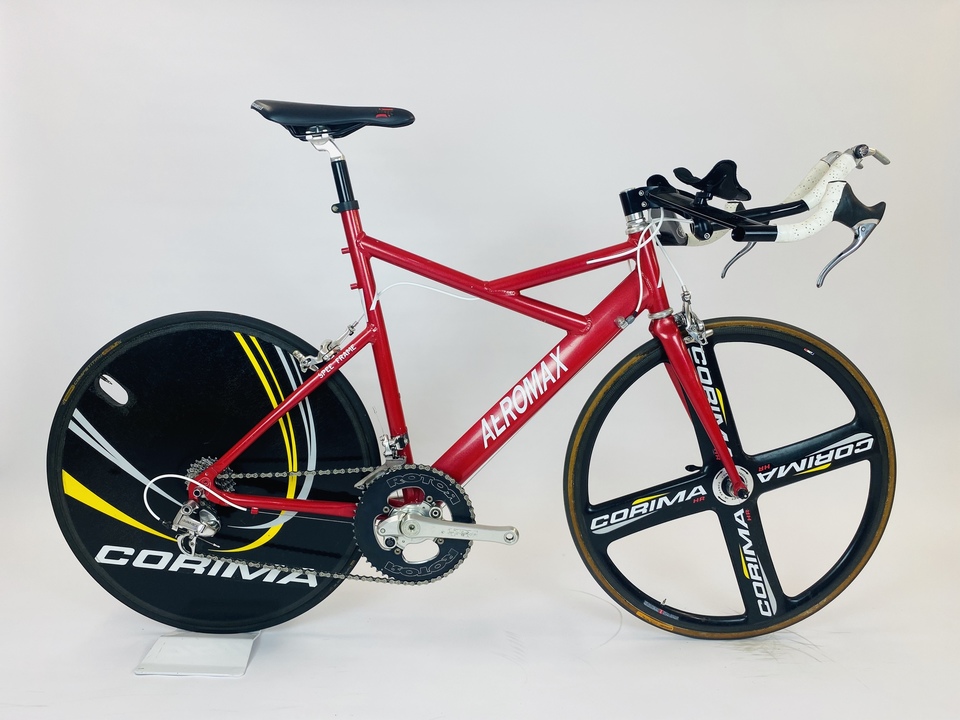 Paul Allen was a New Zealand designer, whose 'Speedframe' was a triathlon specific frame, featuring steeper seat tube/head tube. this Was designed to get the rider further forward in the 'aero position' on the bars, which was quite different to the road bike setup. It was maybe one of those times when Paul (and his dad Max) were maybe a little ahead of their time, as the design was not super successful, but the 'forward leaning' position is now the standard of triathlon bikes. The design did have some major success, with Spencer Smith winning the world triathlon Championship in 1994, aboard a custom built Allen Speedframe.

This particular bike is a development of the original Speedframe, the 'Aeromax'  having an aerodynamic downtube, and built out of 7005 Alloy, rather than the earlier steel versions.
This bike features Shimano Dura Ace components, Cinelli Angel handlebars, Corima 650c rear disc wheel and Corima 4 spoke 650c front wheel.