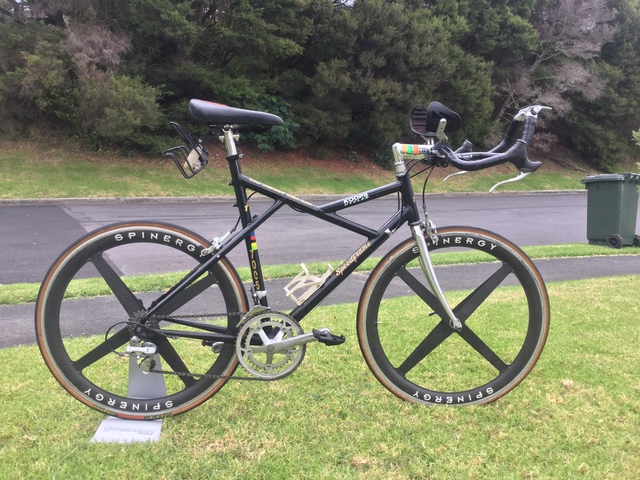 Paul and Max Allen had an idea. That was to build a bike that put triathletes in a more aero position, allowing them to ride faster. The design wasn't widely accepted, at least not until Spencer Smith won the 1994 world triathlon champs on a bike Paul built for him. As we know now, of course, the position Paul achieved with his bike, is the position all triathletes and time trial riders now use as standard.
This bike was used by a Tauranga triathlete, and is built from 7005 Aluminium. The bike also features Shimano 105 components, Profile handlebars and aerobars, and a set of Spinergy 4 spoke 650c Carbon wheels.