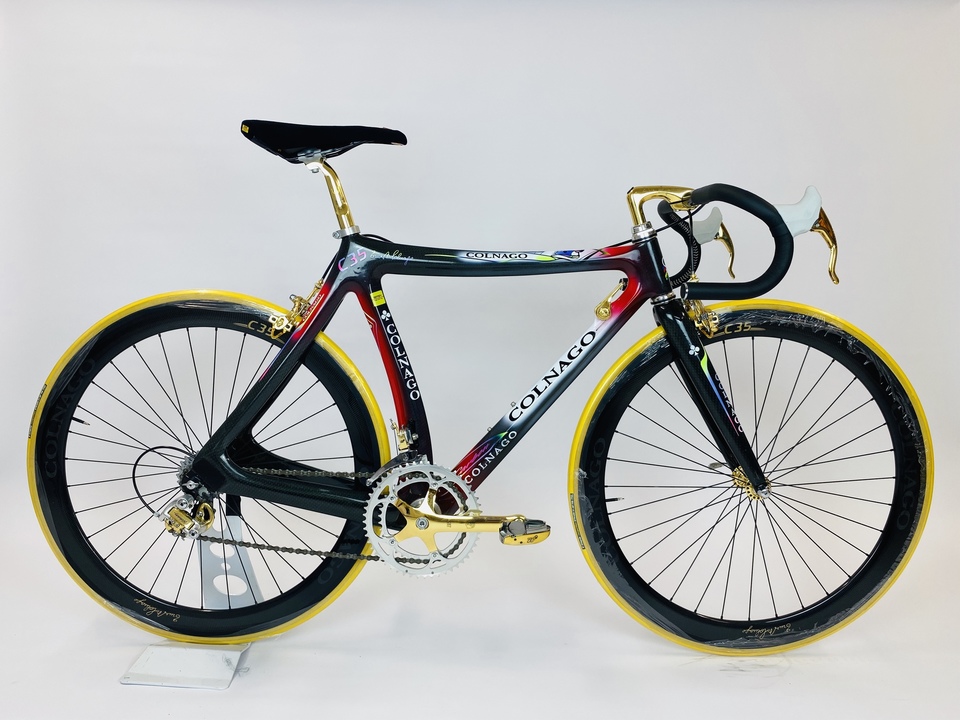 1989 Colnago C35
In 1989, Colnago entered into an arrangement with Ferrari and Campagnolo, to produce this carbon fibre bicycle, to commemorate Colnagos 35th anniversary. Ferrari designed the frame, which was built at Colnago's Milan factory, under the watchful eye of Ferrari engineers.
Campagnolo joined the party, producing a gold plated C Record groupset, complete with 'C35' etching on the parts.
This particular bike, is NOS (new old stock) with the parts being collected from all corners of the earth.
2 versions of C35 wheels were produced, a 5 spoke carbon set (spokes and rim carbon) and these carbon rimmed models, built in the Colnago factory, and adorned with the 'Colnago' and 'C35' logos. This particular pair were found hanging up in a shop in Spain, their original tyres still covered in the factory plastic (and it remains on them now).