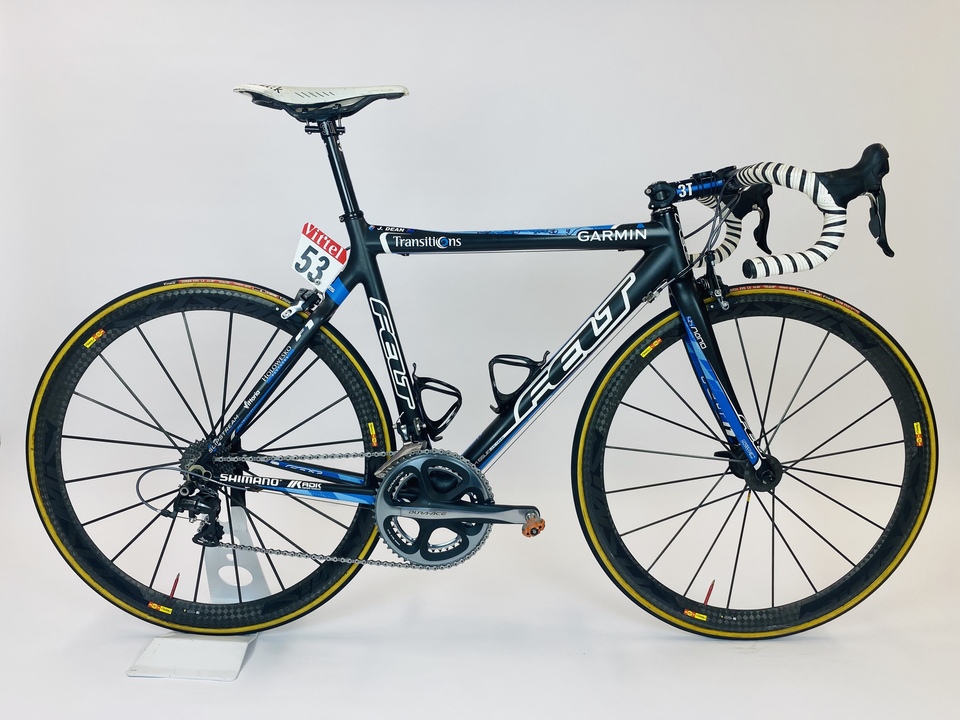 2010 Felt Pro
Julian Dean is recognised as one of New Zealand's best cyclists, and was often referred to by team mate Thor Hushovd as the best lead out rider in the world. This is Julian's team bike from the 2010 season, when he was riding for the Garmin-Transitions professional team.
The bike is fitted out as raced, with Shimano Dura Ace 7900 components, 3T seatpost, handlebar stem and handlebars, Mavic Carbon wheels and Vittoria tyres.