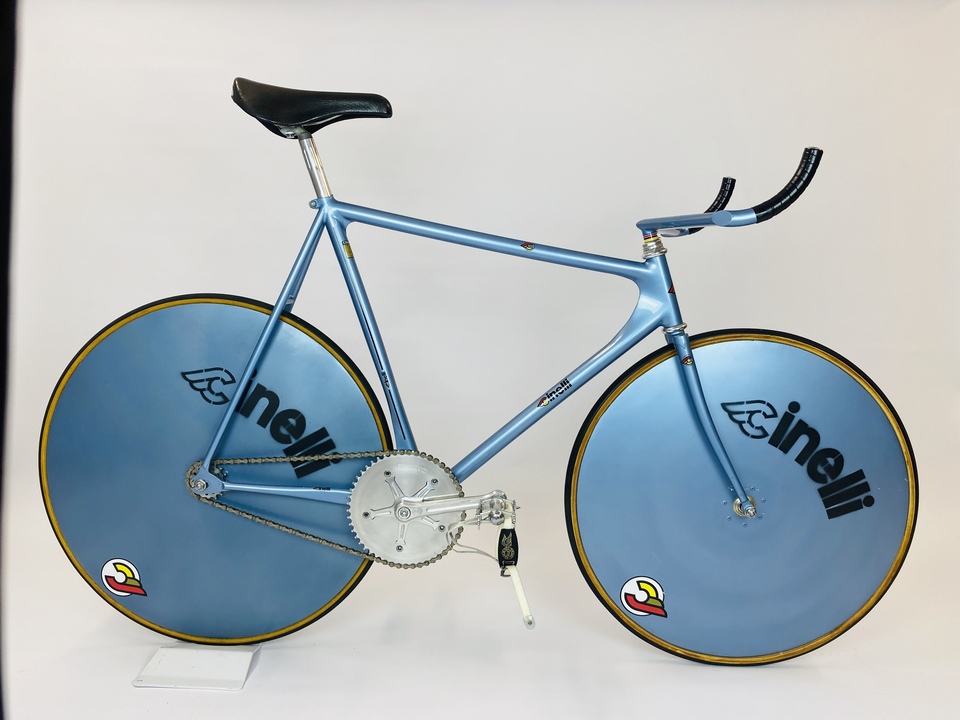 1985 Cinelli Laser pursuit bike.
Cinelli built both road and track pursuit bikes, as well as traditionally shaped road frames. While these bikes may not be the rarest in the world, they re not often seen. These Italian bikes were often characterised by their metallic blue paint, and aerodynamically profiled scallops on the tube joins. This example has a Campagnolo record crank with a solid chainring, something that was popular in the late 1980's. It also features the rare, Cinelli handlebar/stem combo.