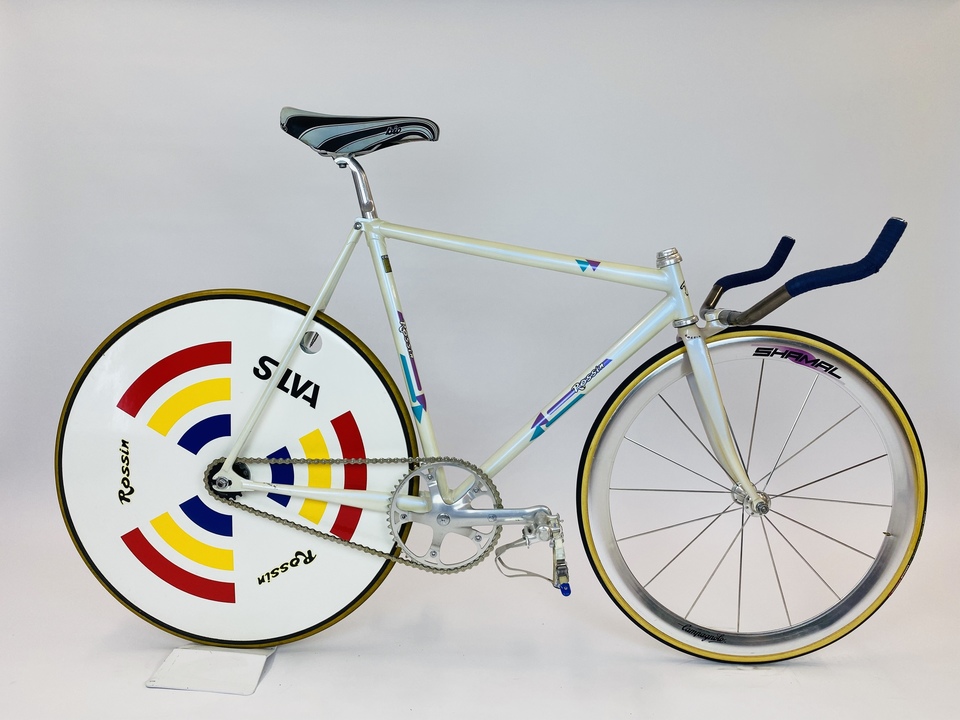 Another of the 'lower is better' fork mounted handlebar designs. As aerodynamasists would prove just a few years ago, these small wheeled, low handlebared bikes were not really any faster than standard style Road/time trial bikes, but there is no doubt they look great!! These Italian built bikes were very sought after at the time. Mario ('Marc') Rossin learnt his craft under Ernesto Colnago, amd was n fact head frame builder at Colnago until 1974, when he struck out on his own, and continued building frames until 1992, when the brand was sold. At some point later, he did start up a new company, slightly altering the style of the Rossin logo.
This particular bike features the fork mounted handlebars, a Campagnolo Shamal front 650c wheel (not period correct), a Silva rear disc wheel and a Selle Italia Bio saddle