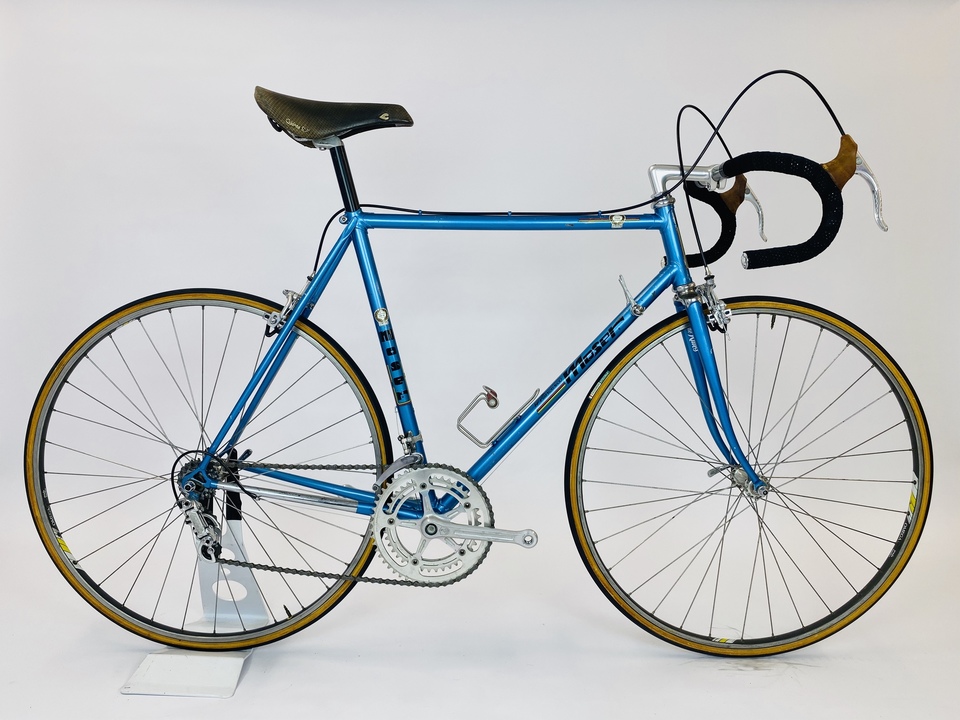 1985 Moser.
Through the realy to mid 1980's, Francesco Moser was among the best riders in the world. His company produced Road and time trial bikes ridden by many champions (including himself). The bikes were sought after then, and are even more so nowadays. This particular   Version is not a top 'race' version, but more the 'Everymans' race bike. Built from slightly heavier tubing than the lightweight team bikes, it is nonetheless a quality built bike, featuring Campagnolo Nuovo Record componentry.