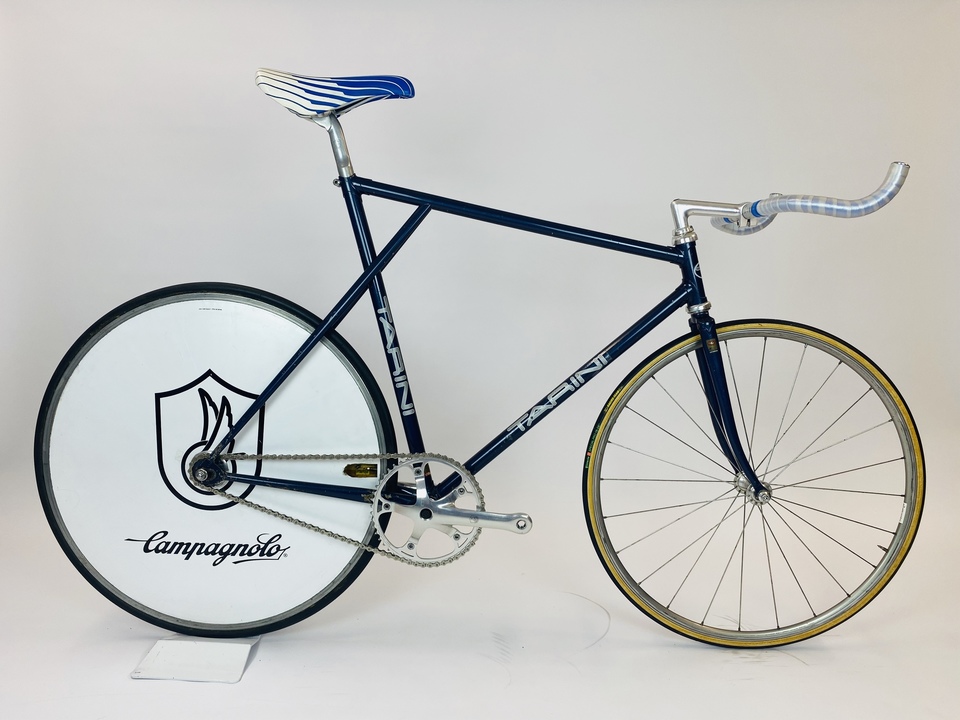 This bike was custom built for New Zealand Olympic athlete, Tony Graham. Tony has an incredible record in New Zealand cycling, with numerous National titles, National records, and represented New Zealand on a number of occasions. Tony qualified for the 1998 Olympic Games in Seoul, South Korea. This bike was built for Tony after he had qualified, under a sponsorship deal from Tarini, and the bikes were built in a factory in Beach Haven, on Auckland North Shore, which happens to be only a few minutes from where I now live.
When I was building this bike, I compared it to Tony's previous bike, which this one is based off. I found that the frames are actually quite different...... different sizes, and more importantly, using different angles. Tony was unaware of this, as he "just rode what I was given".The bikes were supposed to be 'identical'.
Tony managed to place 7th out of 30 competitors at the Olympic Games, completing the 1km time trial in 1m 5.744 sec, just over 1 second slower than the Gold medal winning time of Aleksandr Kirichenko of the Soviet Union. I think what makes this such an outstanding performance, is the fact that Tony rode a very small gear, and stood 6'3" tall, and was 100kg, at the Olympics. If he had ridden a gear the size of his competitors, who knows what would have happened!  The bike is presented as raced at the Olympic Games, Campagnolo Ghibli rear disc wheel, 24 spoke 650c front wheel, Campagnolo Record cranks and a 48 tooth chainring.