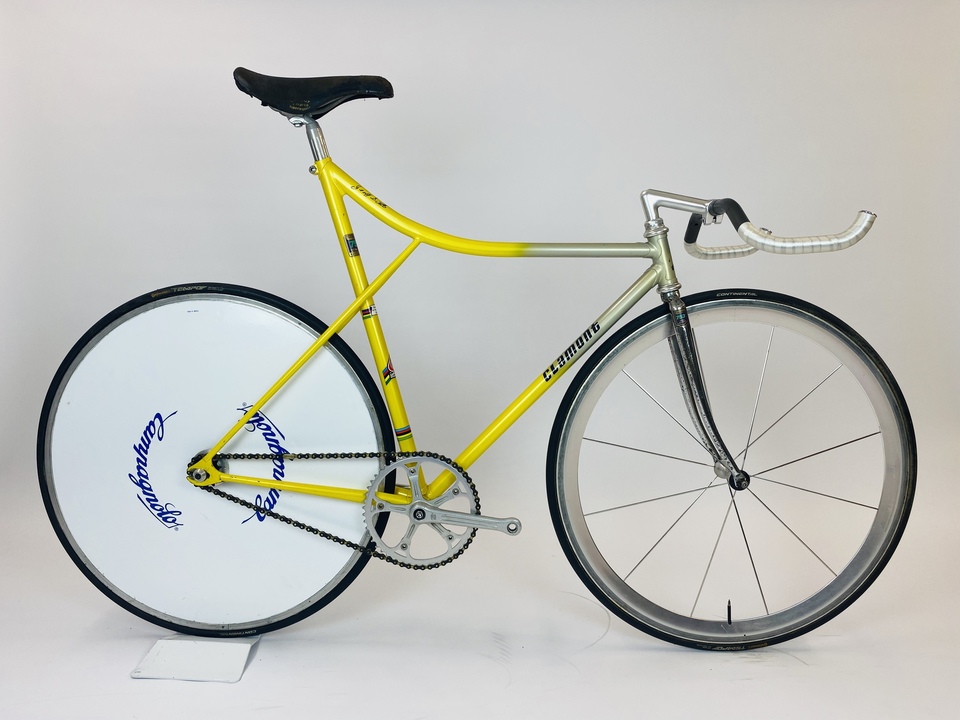 Geoff Scott has built some incredible bikes, and for a very long time built the team bikes for the Australian cycling team. Many world championships, and Olympic and commonwealth titles have been won on bikes built by him.
This bike is a design that Geoff has used often, it has the 'lo pro' look, but does infact have 700c wheels Front and rear. The bike is built from Reynolds 753R tubing, and currently features a Campagnolo Khamsin rear disc wheel, and a Campagnolo Shamal front wheel.The fork was originally painted, so that will be undertaken at some stage. The bike came with FIR Isidis rims on Campagnolo Record hubs, so those will go back on at some point too.