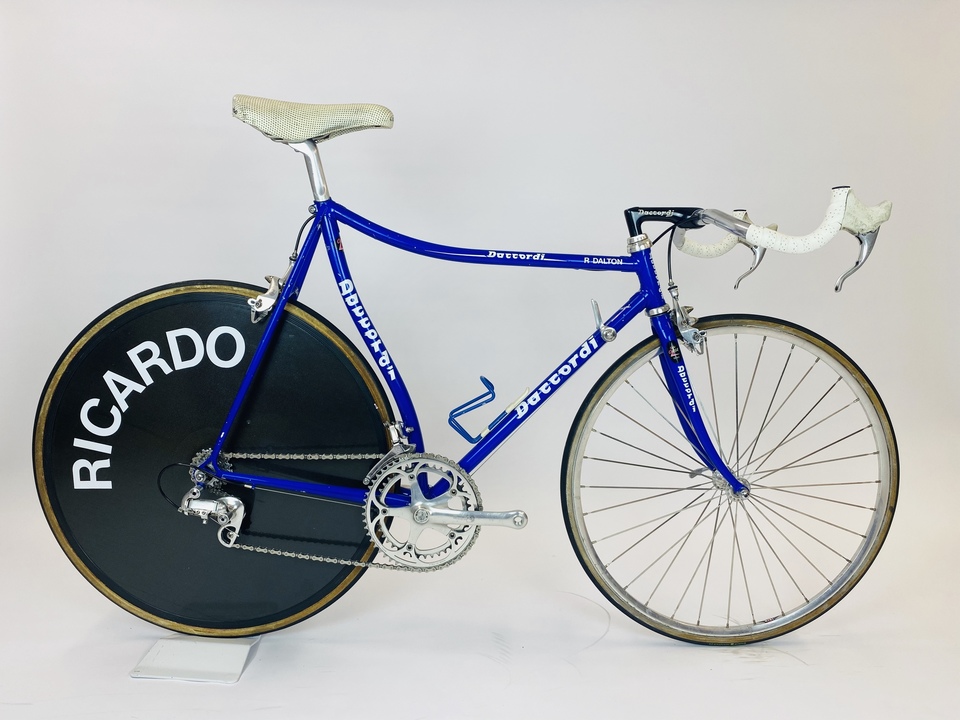 This bike appeared on a Facebook 'fixed gear' page, as it was then being used a s a single speed bike. The name on the top tube grabbed my attention, so after purchasing the frameset, I contacted Rik Dalton and found out that this was indeed his bike. Rik had raced in Europe in the late '80's/early '90's, and this was his team time trial bike. Even better, Rik still had the original componentry at home, which he boxed and sent to me for the rebuild. While the disc wheel is not original, it is stickered to look exactly like Riks disc did....the difference being he built the discs himself, apparently making 5 or 6 of them. The bike features a Daccordi pantographed handlebar stem, Riks original Campagnolo componentry, Hed rear disc wheel with 'Ricardo' decals, a perforated Selle Italia Turbo saddle and a 650c front wheel.