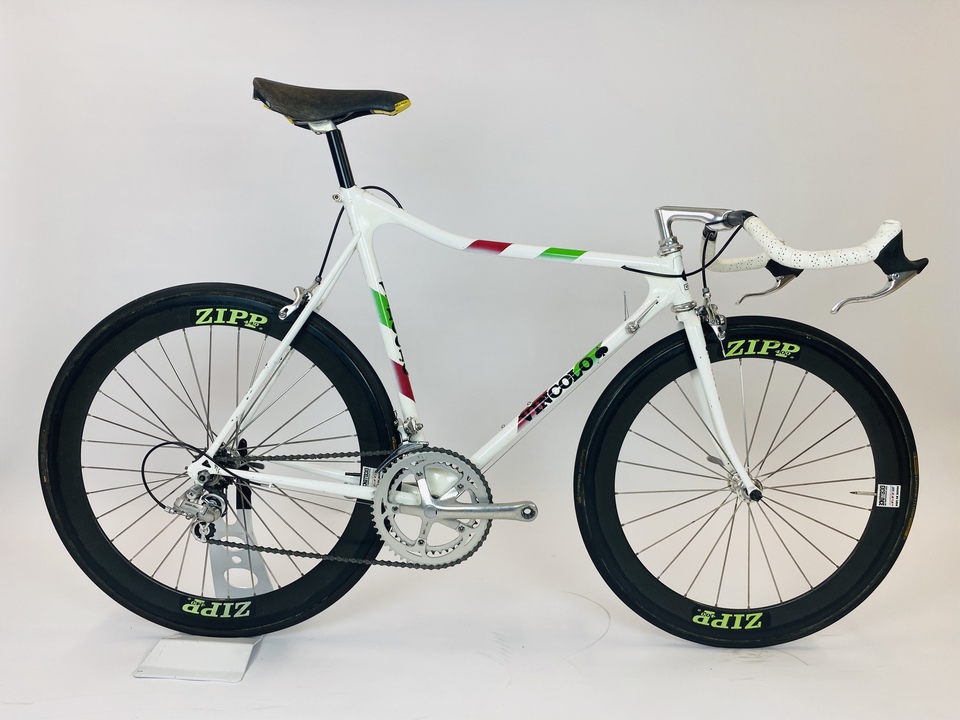 1989 Vincolo Pursuit.
In the 1980's, Vincolo was a name synonymous with Pedal Pushers Cyclery. Gary Buys had come on board and worked with CEO/founder Frank Clavis. Frank had Built such bikes as Anthony Cuffs 1993 pursuit bike, with some very trick tube shapes and aerodynamic aids. This bike is a continuation of some of those things learned, and features curved fillets where the tubes join. The bike was originally built for Jim McMurray, and featured Mavic componentry (Jim worked for Mavic importers, Hope Gibbons. The bike is currently set up with a set of Zipp 700c/650c carbon fibre wheels, and Suntour SL components.