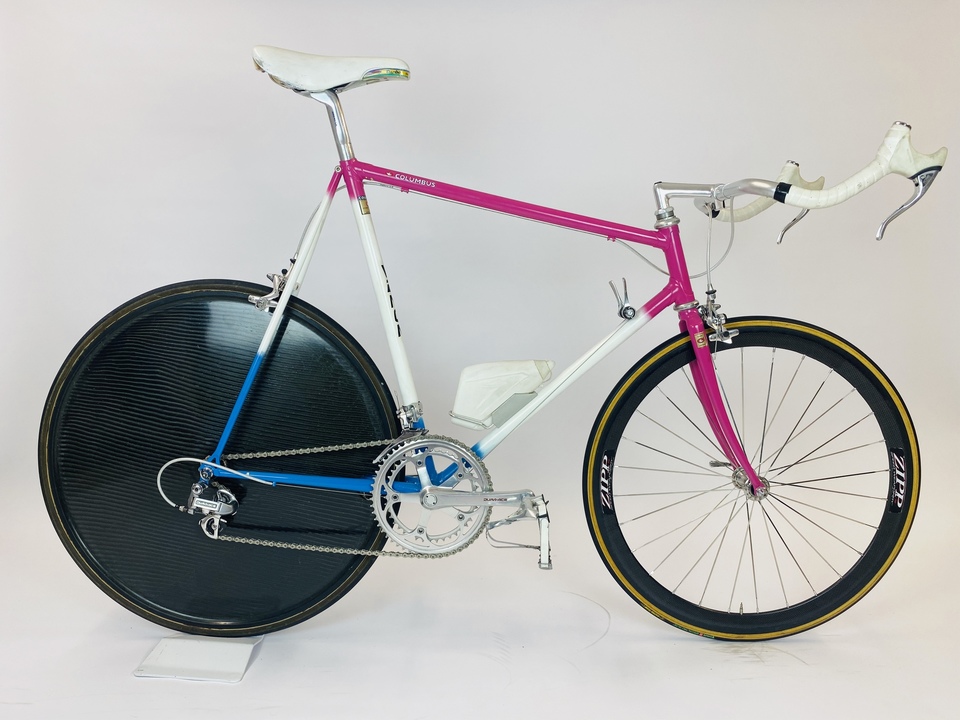 This frame is believed to have been built in England, although the owner of Venom cycles/builder of this bike is believed to now be in Australia , where he still builds bikes today.
The frame is Columbus tubing and it is fitted with Shimano Dura Ace components. The front wheel is a carbon fibre Zipp 650c , while the rear disc was built by Bob Sticha of the Czech Republic, during the late 80's.