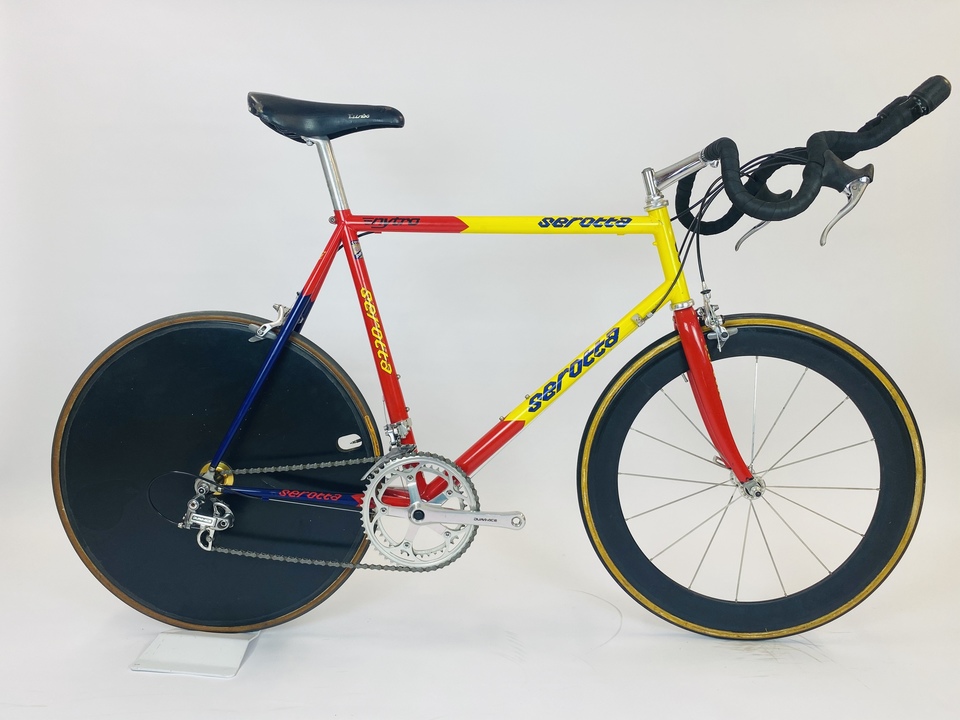 This Serotta belonged to American triathlete, Ray Browning, who was a frequent visitor to New Zealand, to compete in Ironman events. After one such trip, on completion of the Ironman event at Taupo, Ray asked the assembled people if anyone wanted to buy his bike. One lucky punter said yes, took the bike home and competed in a few events on it, before hanging it up in the shed. It came to the collection about 4 years ago (2015) and has been rebuilt as raced by Ray.
And why did Ray sell the bike? The story was told, that Serotta sponsored Ray with both bikes and a 'salary'. The salary had not been paid for sometime, so Ray decided to Sell the bike and get some cash. Needless to say it did not take Ray long to get another sponsor/bike supplier, and he was seen on a few more trips to New Zealand on different bikes.
The bike has been rebuilt with a 650c rear disc wheel, a 650c front carbon wheel, Shimano Dura Ace components, Scott aero bars, and gripshifters.