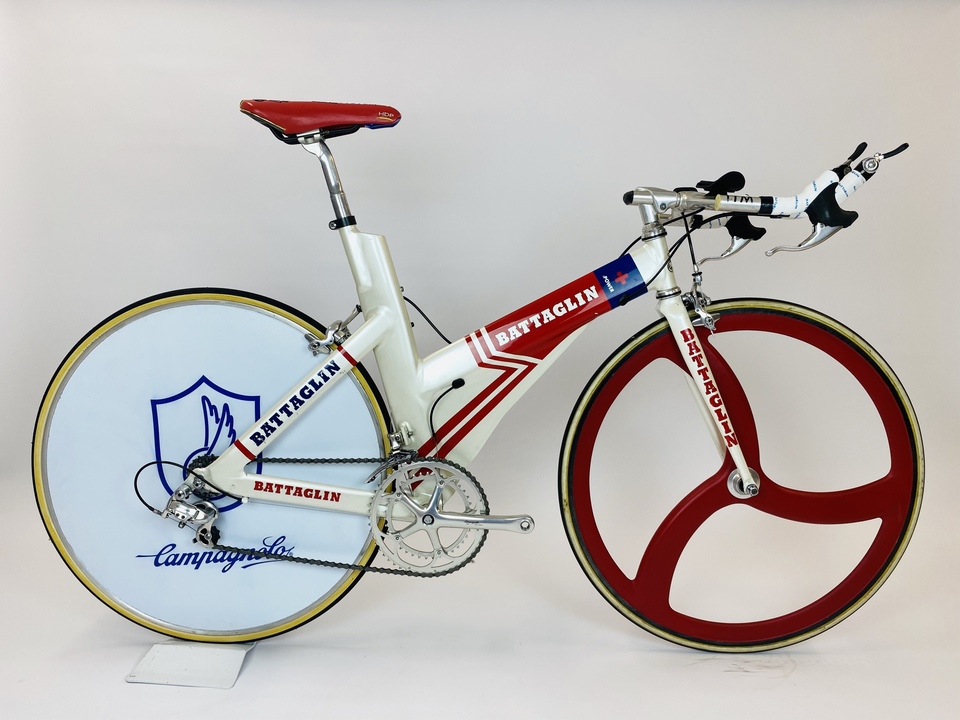 The mid to late '90's were an interesting time in the development of the bicycle, with Carbon frames having become common place. It was then interesting to see manufacturers again returning to large, oversized alloy frames, making particular use of aerodynamics. These bikes came from a time when the UCI signalled a change to the regulations, which meant bikes with small from wheels, or frames that were not of a 'traditional' diamond shape, would be outlawed from the year 2000. Who knows where the development of the racing bicycle may have ended up if they had allowed designers to continue pushing the boundaries. This particular bike was only made in small numbers, this one being for the Refin Mobilvetta professional team. This was used in the 1996 Giro d Italia, and has been rebuilt as raced. With very few details on the internet from that time period, it was information from  Battaglin founder (and Giro d Italia/Tour of España) double winner Giovanni Battaglin that allowed this bike to be rebuilt as raced by the team. It features a Campagnolo Record groupset, Campagnolo Ghibli Disc wheel, a FIR front tri spoke, and an ITM handlebars/aerobars combo.