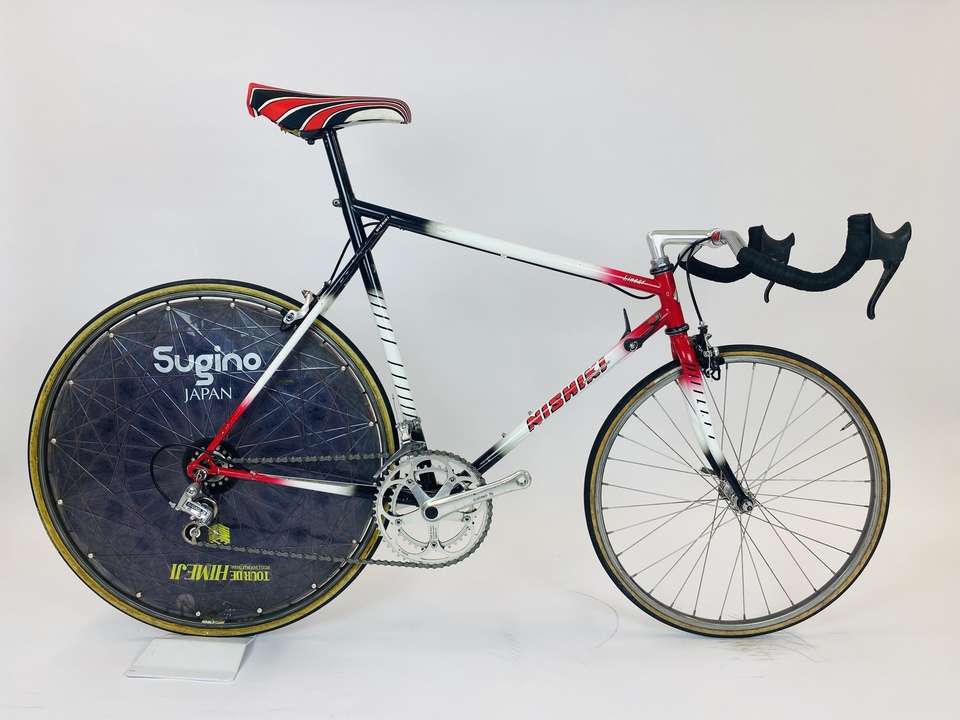 With this bike I had wanted to create something special.With the majority of the parts being Japanese, I had wanted a Japanese frame. While this frame was built in Japan, and has a Japanese name, the company commissioning and selling them was American, (west coast cycle). Up until the late 1980's, Nishiki Bikes we're built in the Kawamura Bicycle factory, In Kobe, Japan. The manufacture of Nishiki bikes then moved to Taiwan, where the bikes were built by Giant (due to rising costs in Japan).
Fitted to the Liner, we have Sugino 75 components, a special groupset produced to celebrate Sugino's 75th anniversary. The rear wheel is a Sugino Tension Disc, a standard spoked wheel with a special Mylar covers, and a 600c (24") front wheel.