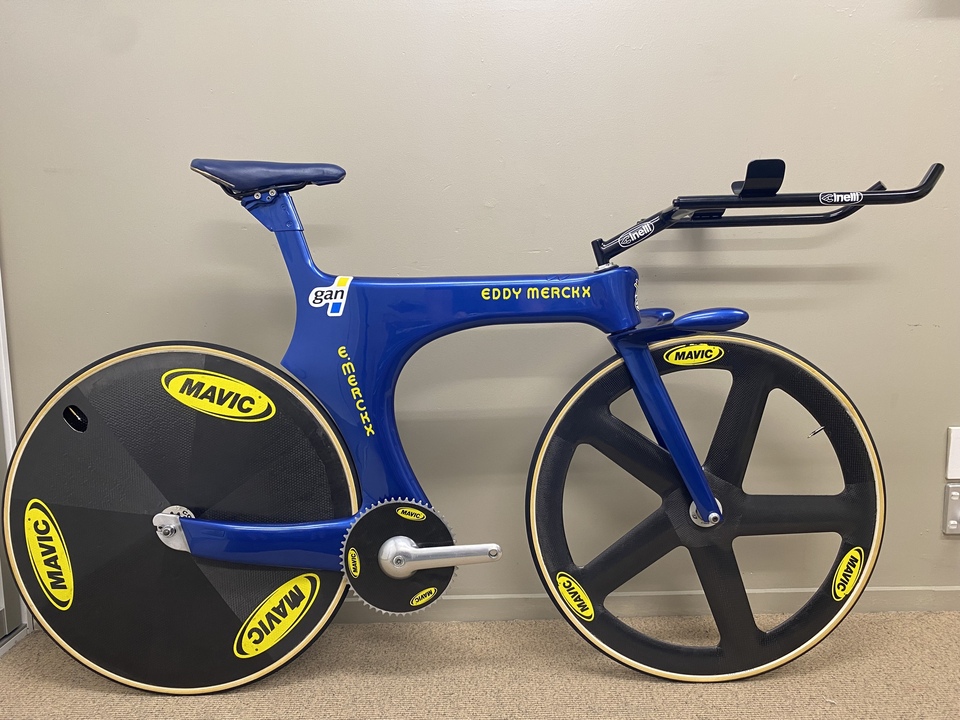 So why did I want to build a replica of this bike? Back when the Lotus 108 and Lotus 110 came to be, we never saw them in New Zealand. The 108 came to Australia for race demonstrations, in the hands of Shaun Wallace, but it disappeared before one of the meetings, and was not found until some months later (but that’s another story). When the 110 was created, again, we did not see it in New Zealand. There was a distributor in Australia, where a number of bikes were sold, (and still reside).
Now I have a bike collection/museum of not only historical New Zealand bikes, but also bikes that are significant for either being different, groundbreaking, or downright interesting. Having managed to find a an original Aerodyne built 110, I set about building it as a Chris Boardman replica (of his World time trial championship win). Once this was completed, I decided to get another Lotus , to build as the hour record bike. However, after purchasing the 110 frame, there was a problem………..