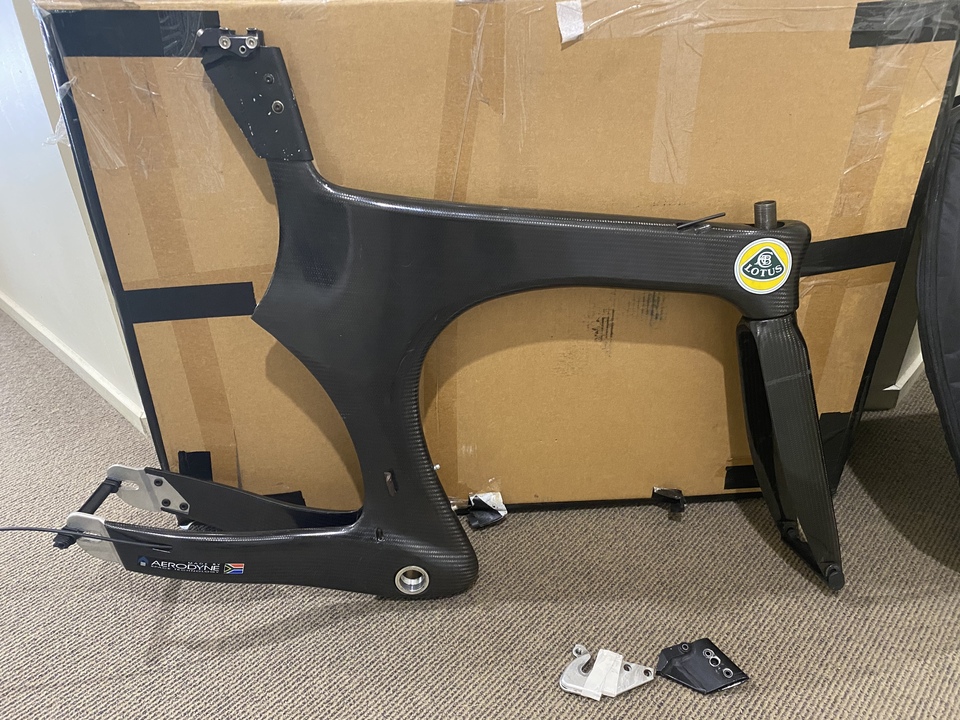 So, the ‘problem’, is that this frame, is one of the original 56 bikes, built by DPS composites, in England. (6 prototypes, and 50 further frames for Team Lotus).
With these frames being a lot rarer than the Aerodyne produced versions, I felt there was no way I could turn it into an hour record replica. Instead, this frame is being built as per the original ‘look’ branded road bike- a story for a later date!
You will note, this frame actually has an Aerodyne sticker on it. The bike was originally purchased in South Africa , so we are not sure if Aerodyne stickers were placed on the frame then by the dealer, or at a later date.
With all this in mind, I didn’t really want to go through the process of purchasing another Lotus, and the idea to build a replica was born.