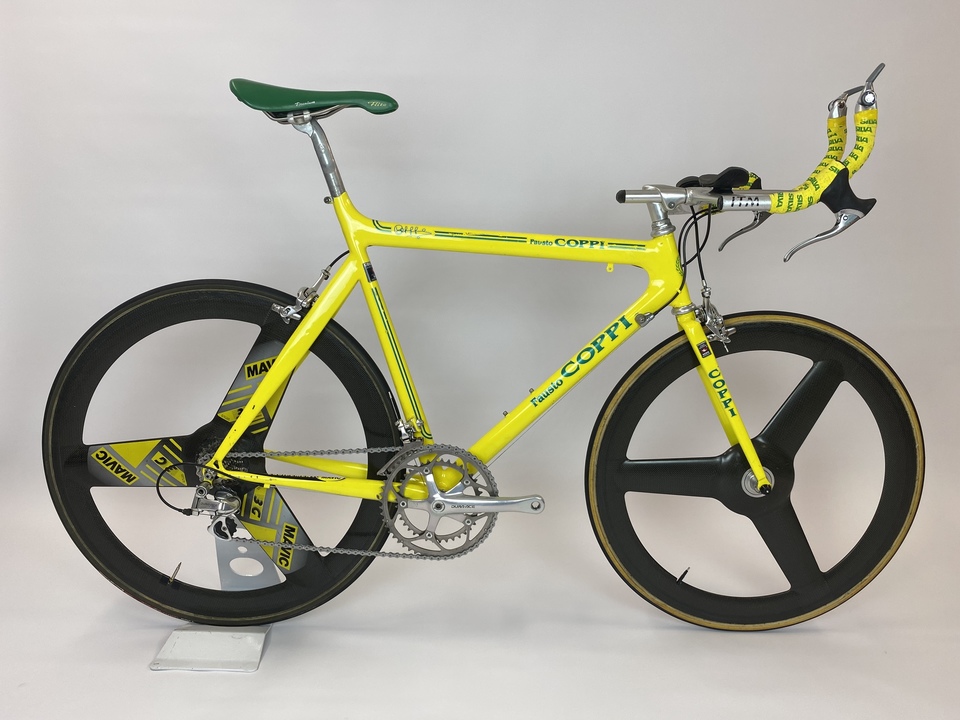 This bike was built by the legendary Giovanni Pelizzoli, who used to build all the team bikes for team Polti. Unfortunately, the UCI announced that as of the year 2000, the rules would be changing, and all bikes must have 700c wheels, and would have a diamond shaped frame. (a lot of bikes at this time were being built with varying frame shapes and different sized wheels).
As Coppi was in the business of selling bikes, they decided to not proceed with this bike for the team, and instead, rode on aluminium framed bikes, with standard 700c wheels.
So this prototype remained just that. It was presented at the team presentation, but never used.
The frame is built with Columbus Nemo tubing, built up with Shimano Dura Ace 9 speed components, Mavic 3G 700c/650c wheels, ITM handlebars/aerobars, wrapped in the exact Silva bar tape the team used. The bike is finished off with a Selle Italia Flite saddle in Green.