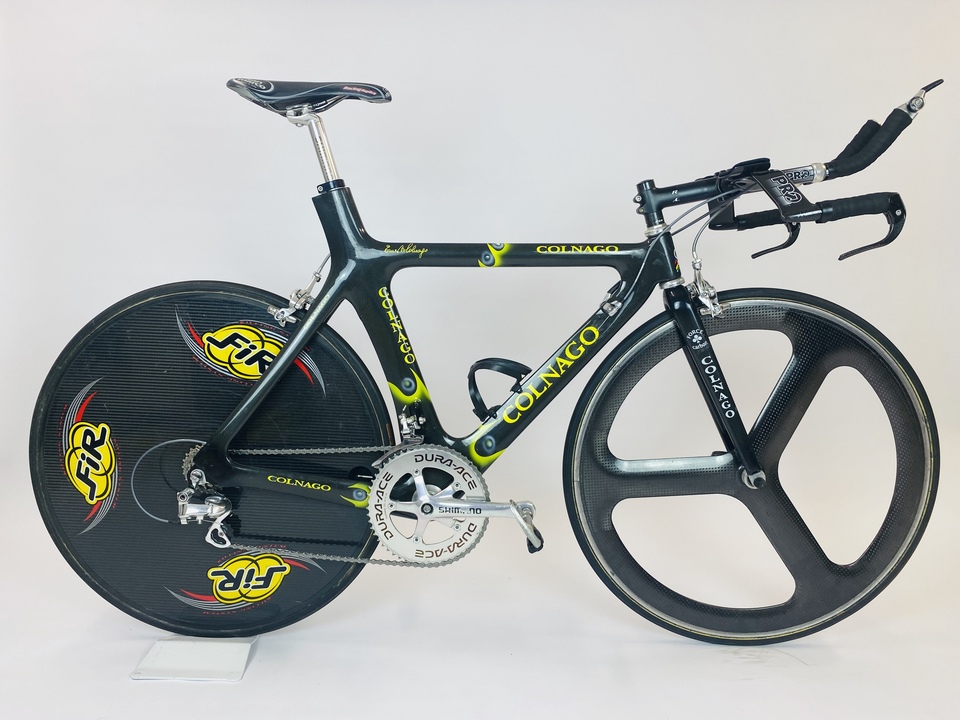 This bike belonged to the Rabobank professional cycling team, and was used through the years of 2004 and 2005. The bike was interesting in tha it was obviously a 2004 model/build, but features a 2005 spec 'Pro' branded cockpit. A message to Colnago in Italy, conformed this was a team bike, and that a number of bikes were used for more than one season, hence seeing the later 2005 cockpit on this bike. While Colnago  kept serial number records of team bikes, they did not keep records of who within the team rode them, although clearly in 2005 this bike was used by a taller rider, there being a 150mm stem fixed to the bike. The bike features a Shimano 'pro' groupset, tri spoke front carbon wheel, FIR rear disc wheel, Pro handlebars/aerobars and a Selle San Marco saddle.