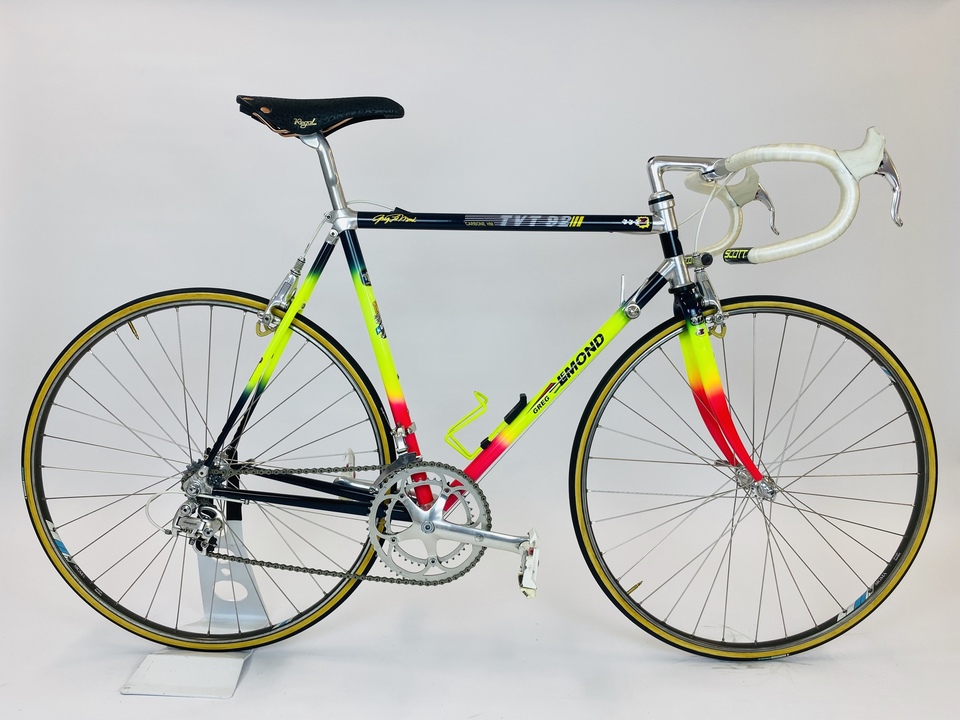 In 1990, Greg Lemond won the last of his three Tour de France titles. After his first win in 1986, he was accidentally shot by his brother in law, and missed a lot of racing. A miraculous comeback saw him take the 1989 Tour de France by a record (close) margin of 8 seconds. After his 3rd win in 1990, bicycle manufacturer TVT made a run of frames in the team colours. This is one of those frames. The same construction as the Look KG86, and Vitus Carbone, This Carbon/Kevlar tubed bike is however adorned with the 'Team Z' paint scheme, a very '90's Fluro design.
As per Lemond's team bike, this bike is built with Campagnolo C Record components,  Selle San Marco Regale saddle, Campagnolo Sigma Strada Hardox rims, and Scott 'drop in' handlebars.