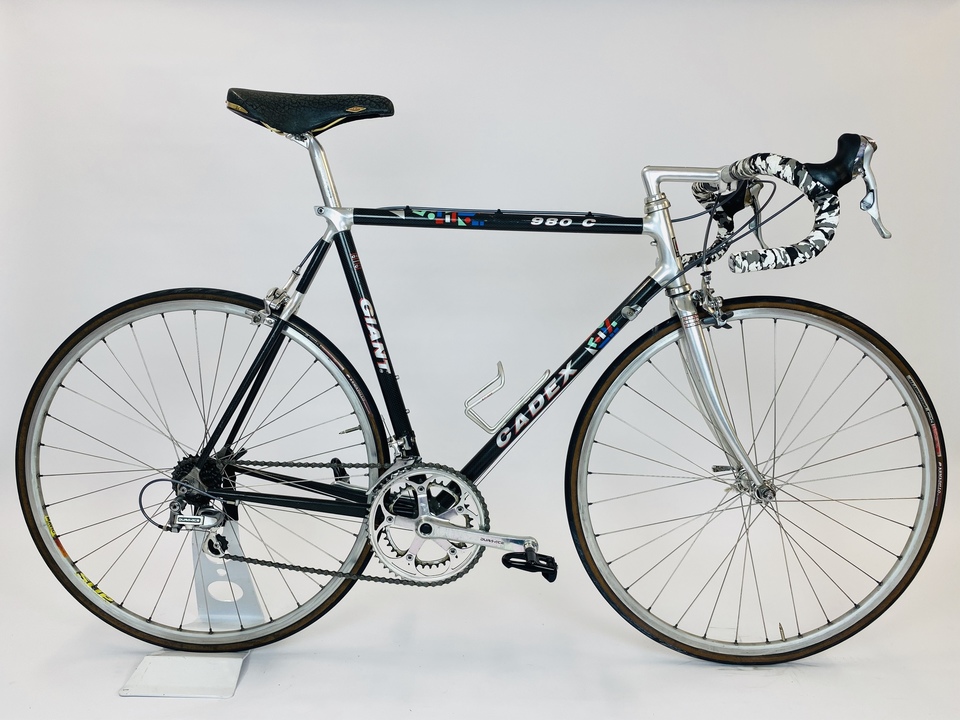 199) Giant Cadex 980C.
In 1987 Giant introduced the 'Cadex' carbon fibre tubed bike, using similar techniques to other companies of the day, namely round carbon tubes bonded to aluminium lugs.
This particular bike is from 1990, and was owned by Peter Alexander, who has gone on to produce his own carbon fibre frames, under the brand nme 'Zenyth'. Peter continues to design and build the New Zealand Paralympic teams Carbon Fibre Tandem bikes.
This Giant 980C was the first designation of this model, and features a full Shimano Dura Ace STI groupset (the first group to have the shifters in the brake levers, rather than on the frame tube), Mavic wheels, and a Selle San Marco Rolls saddle