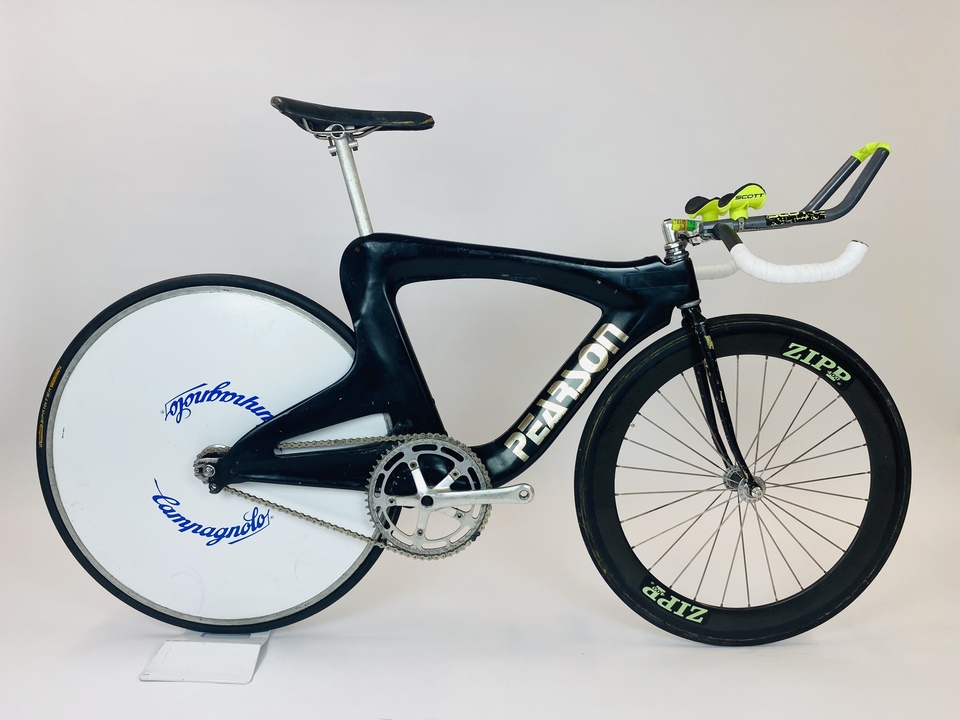 This 1994 Pearson road and track bike was owned by John Eade, one of 8 Pearson's that John owned throughout his cycling career. Currently built as a track bike, it features horizontal track dropouts, with an attachEd derailleur hanger. This style has become very popular on today's triathlon bikes. This bike underwent modification after a number of race meetings, having the non drive side rear triangle completely covered in with carbon fibre. This was not for aerodynamics, rather for added strength during standing starts. Currently in track guise, (and as raced by John) the bike features Shimano cranks, Campagnolo Khamsin rear disc wheel, Zipp carbon front wheel, Mavic handlebars and Scott clip on aero bars. It also feature a 'Pearson' custom seatpost. You may also spot the stickers on the handlebar stem. These are Ironman stickers, John competed in a number of Ironman events, usually being one of the fastest cyclists in the field