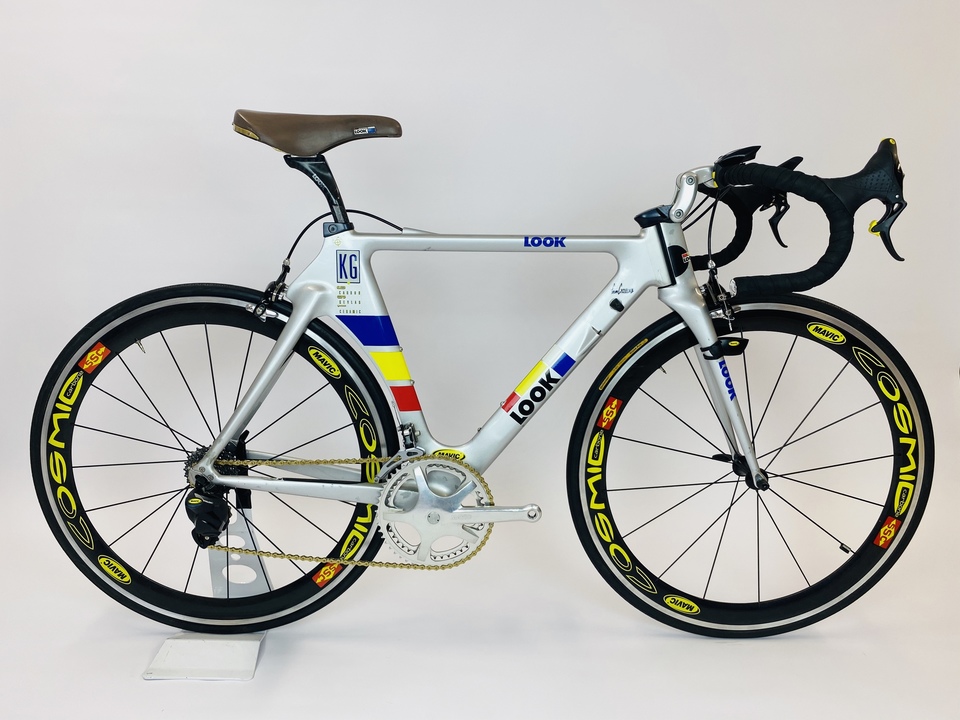 These were not bikes you would probably have seen in New Zealand, back in 1996 they were very expensive, and were really only the thing you saw in Magazines. The carbon monocoque is an interesting shape,all about aerodynamics, but it would be this type of design that the UCI would look to ban in year 2000 (making the announcement in 1997). This bike has been built with another groundbreaking piece of technology, the Mavic Mektronic Wireless rear derailleur. Once turned, the system works well, but it's majo downfall is the lack of a 'memory', so every time you replace the battery, you need to reset the bike, and that can take some time, due to electrical interference from other sources. This bike has a complete Mavic groupset, Electronic rear derailleur, Mavic Cosmic Carbon wheels, Look Ergo Seatpost, Look adjustable Ergo Stem, and a Look saddle.