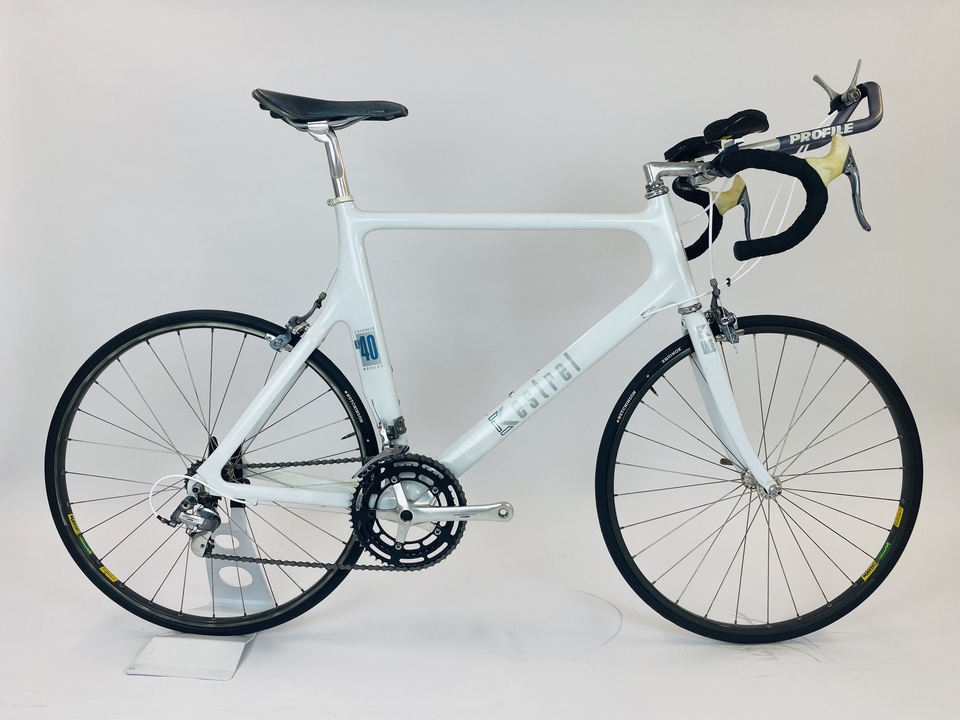 This Kestrel was designed by Brent Trimble, who in 1981 built the first monocoque bicycle frame, which would go on to be used a 198 Olympic Games. Brent had built a number of bikes, before he was approached to work for Kestrel, where it is generally regarded that they built the first production, monocoque carbon fibre frames. This particular frame is designed to take 650c (26") wheels, and was very popular as a triathlon bike. This example has been built with Shimano 600 components, Mavic 650c wheels, standard 'drop' handlebars, with clip on Profile aero bars.