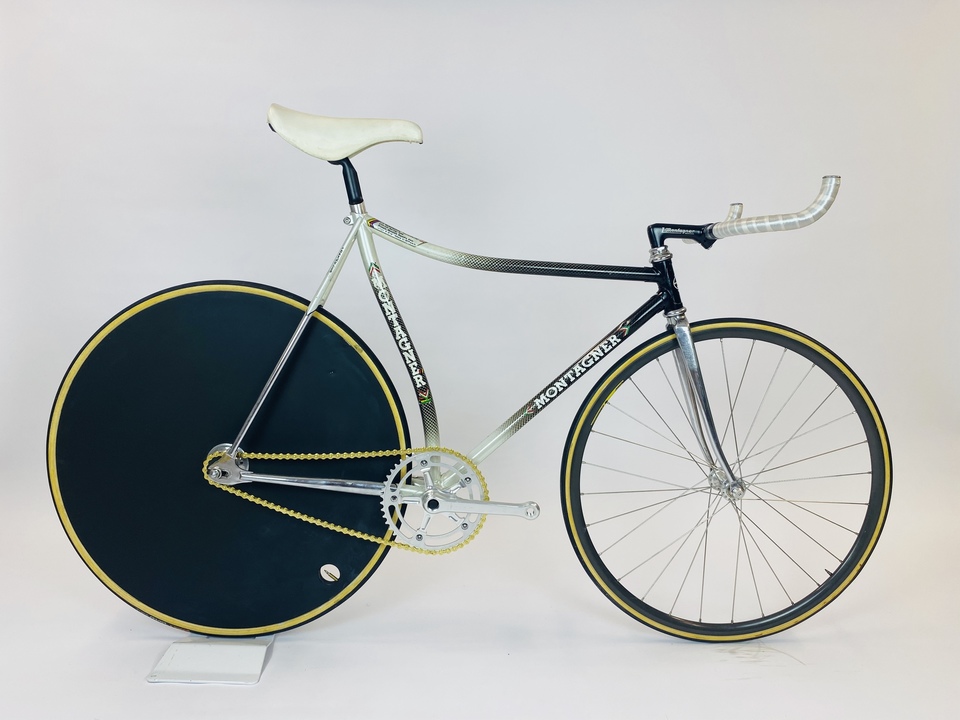 This bike took New Zealand's Madonna Harris to the gold medal, women's pursuit at the 1990 Commonwealth Games in Auckland. Madonna was one of a rare breed, that has represented their country at both summer and winter, Olympic Games. Madonna first represented New Zealand in Athletics (400m hurdles) in 1977, before going on to represent New Zealand in Basketball in 1977 and 1978. A scholarship to the USA saw her take up cross country skiing and she bacame a professional coach, before representing New Zealand at the 1988 Winter Olympic Games.She went on to represent New Zealand at the 1988 summer Olympics (women's road cycling) before winning the Commonwealth Games Gold medal. The bike was built by Luigi Montagner, whose claim to fame had been the building of bikes for the Czech national team when they broke the men's team pursuit world record. Thereafter, every frame he built bore a decal detailing that world record. The bike has been set up with componentry as used by Madonna (Gipiemme) who were one of her sponsors. The cranks, headset, seatpost, and rear disc wheel are all by Gipiemme, the saddle is a Selle San Marco Super Corsa, and the stem  has a Montagner pantograph.