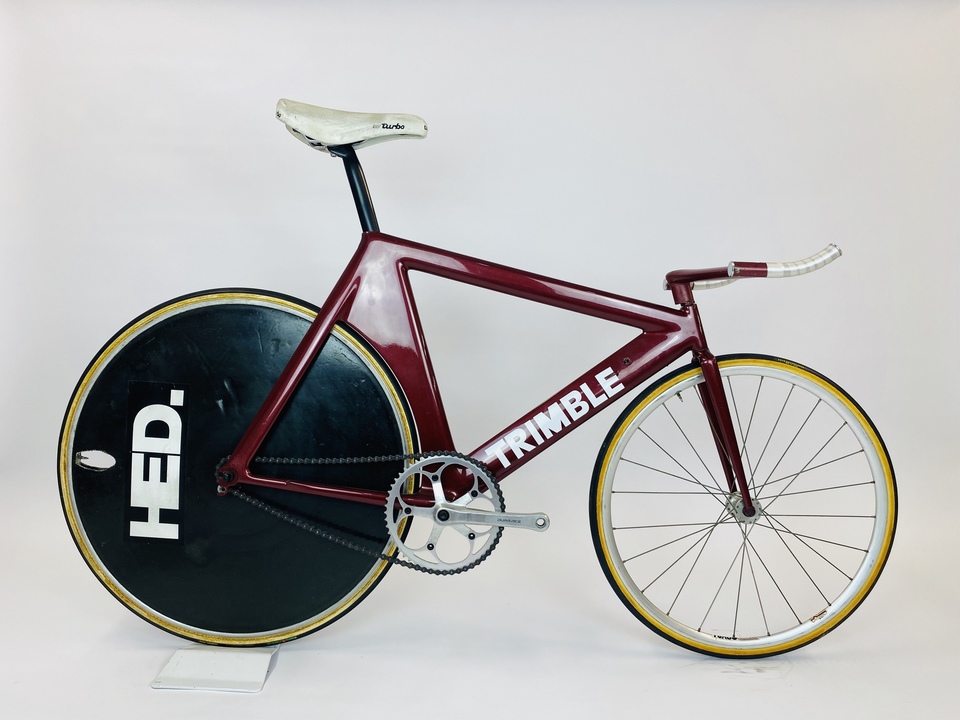 Brent Trimble is/should be a name synonymous with the evolution of the bicycle. In the early 1980's when steel was the chosen material for bicycle frames, Brent started experimenting with other materials, and frame shapes. This bike, designed and built in 1981 or 1982, is a groundbreaker. A monocoque frame, 24" front wheel, no headset,50mm wide front hub, with bolts holding the wheel to the frame, not a skewer, and what is essentially a track bike with provision for a rear changer only. Aero seat post and frame 'tubes'. Brent went on to design what is generally regarded as the very first production carbon monocoque frames (for Kestrel) and was also involved in the GT track Superbike that was commissioned by U.S. Cycling. This example is one of only 2 made, And is the model that featured at the 1984 Olympic Games.

This particular bike has Shimano Dura Ace cranks, a custom 50mm front hub, and a HED rear disc wheel that takes either a track cog, or a 5 speed freewheel