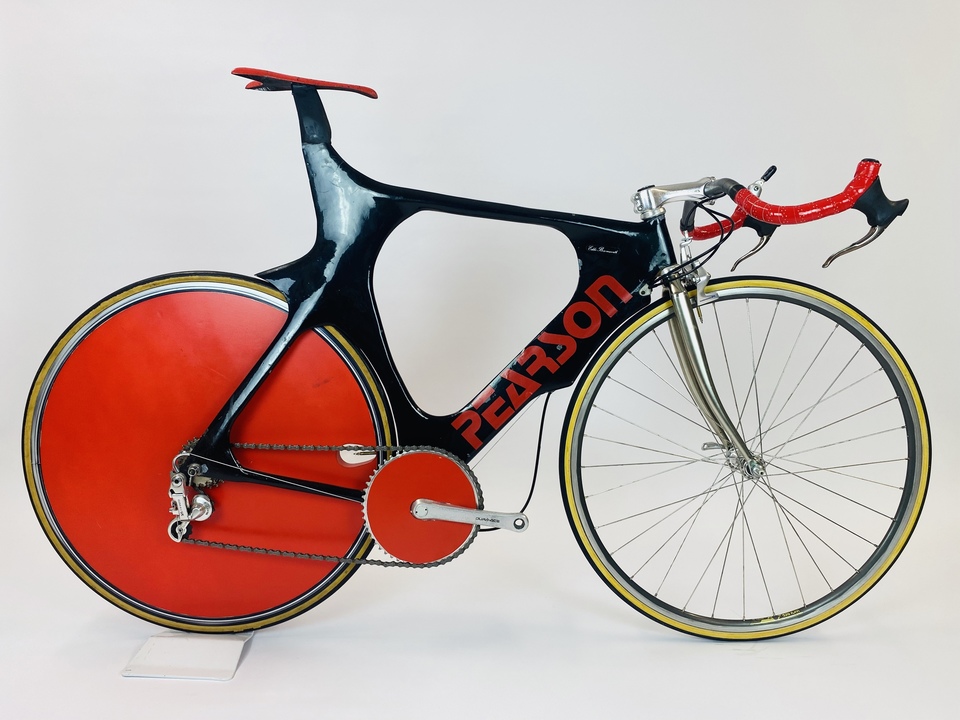 1985 Pearson
This is Graeme Pearson's first carbon bike.
A mix of carbon, and carbon over alloy.
Built in 1985 , it is a testament to Graemes ability that it would not look out of place many years later.
Shimano 600AX brakes, Disc rear wheel, covered chainring, rear shifter only.
Carbon saddle.