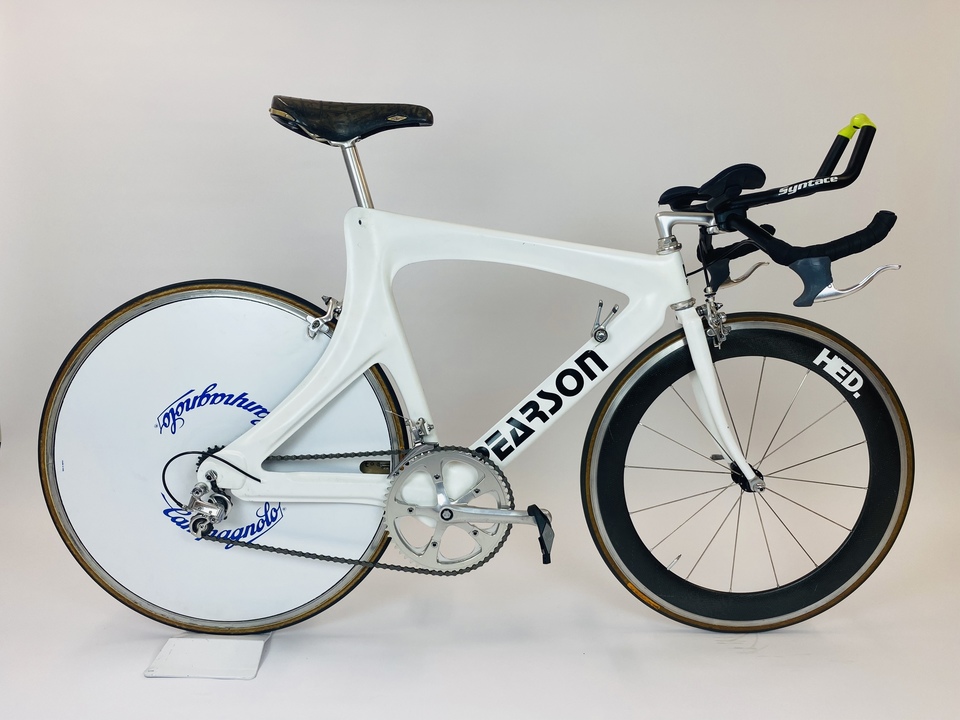 As part of Graeme's contract with Cycling New Zealand to produce these New Zealand team bikes, he was supplied with an autoclave, so he could 'cook' the carbon fibre frames, thus curing the resin. Graeme's designs consisted of life size drawings on paper, from which he formed a wooden (MDF) buck, from which a mold could then be made, and a frame produced. Graeme spoke with each rider to ascertain their frame size and fit, then built the bikes. Surprisingly, Graeme has never ridden any of the Olympic bikes, rather , relying on the riders feedback for an changes required.
This bike was used by Graeme Miller as part of the New Zealand team at the 1992 Barcelona Olympic Games.It is unique in that the other bikes had their rear brake under the bottom bracket, whereas Graeme's has the brake in the traditional position on the rear seat stays.