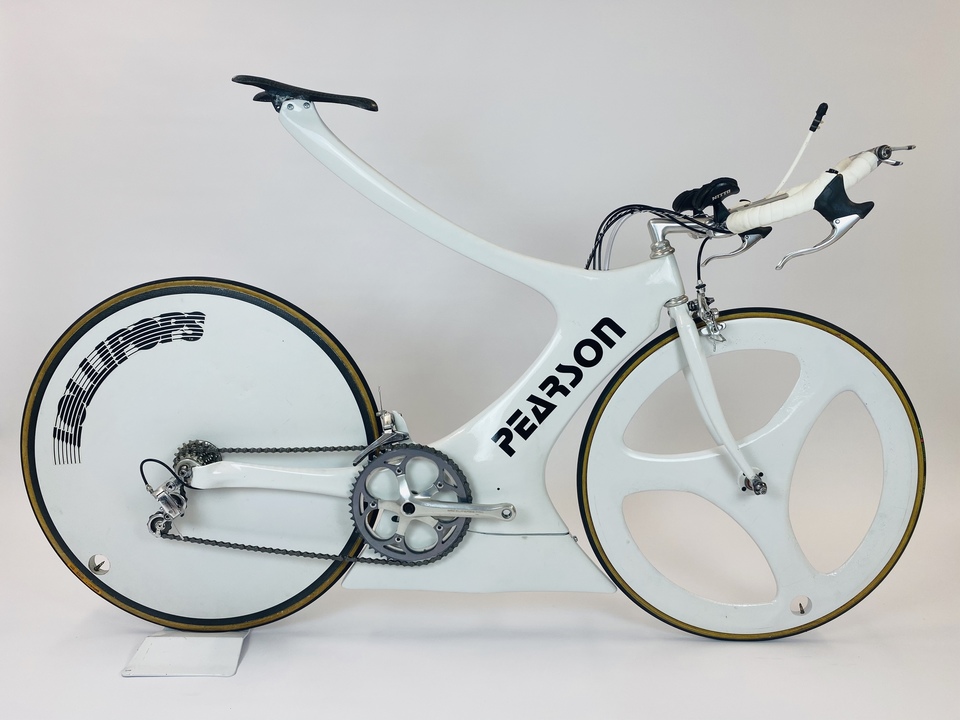 Softride and Zipp had beam bikes in the early 90's, the softride system being a 'suspension' beam, where the suspension was in the flex of the beam, whereas the Zipp had a beam where the suspension was in the hinge.
With the Pearson, however, the frame includes the beam, and this set the bike apart from all others.
The 'pod' below the bottom bracket has a water bottle inside, along with a small pump and electric motor, operated by a small button on the end of the handlebar. The water then comes up a tube to the rider.....  Maybe this was the beginning of electric motors on bikes!!
The bike is built with Suntour Superbe pro groupset, a Lollipops (locally produced) carbon fibre disc wheel, a Lollipops front 650c tri spoke (modified by Graeme to be more aero) 19mm tyres as clearance is very tight, and a carbon saddle produced by Graeme.