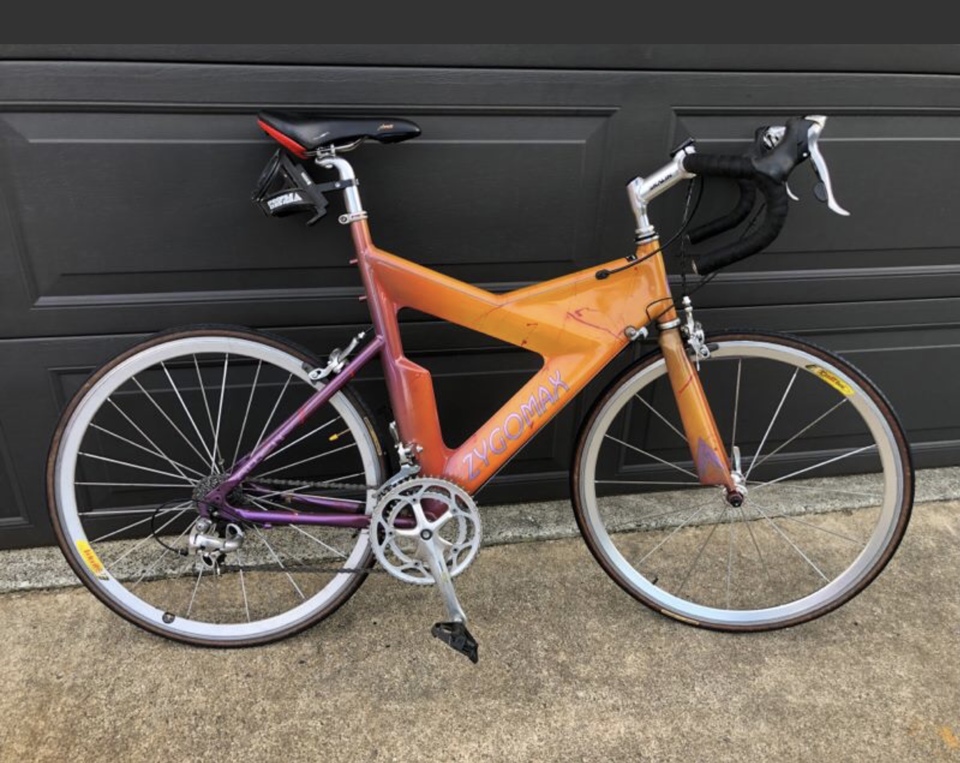 This particular bike is one of only a few made in this style. The previous (original) owner, used to live right near Max and Paul Allen, and had already commissioned them to build his wife a bike. After seeing Paul building his own one of these bikes, he thought maybe he should get them to build him a bike too, and this is the result. The bike was well used, but injuries stopped that in recent times, meaning it became available for sale, and found its way to the museum. The Speedframe design never really took off back when Paul and Max came up with the design, but the bike was the forerunner to all modern triathlon frames- the upright seat tube first seen on the early versions of the Speedframe,  is now the standard for triathlon machines