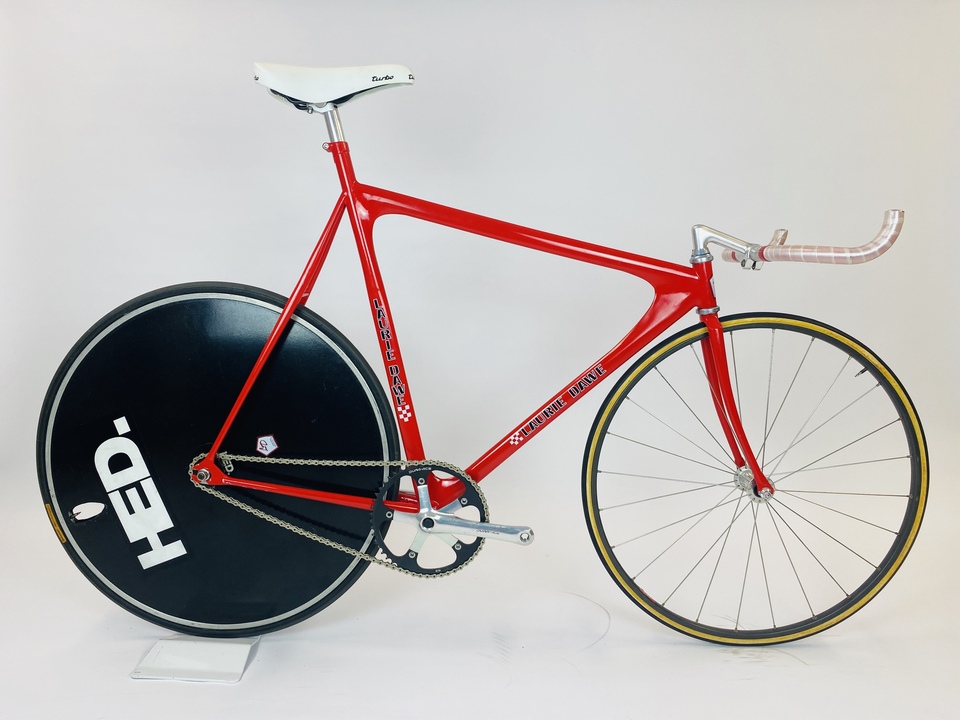 This bike was built for Richard Scott, and was used when Richard represented New Zealand at Junior level. The frame came to me in rattlecanned black paint, and it was when removing that, that the colour underneath was bared. When riding for New Zealand, the bike was red, but it would appear that in its earlier life it was white. After stripping the bike back, it was painted red, had a Hed Carbon finre rear disc wheel fitted, and a 650c front wheel. The saddle is a Selle Italia Turbo.